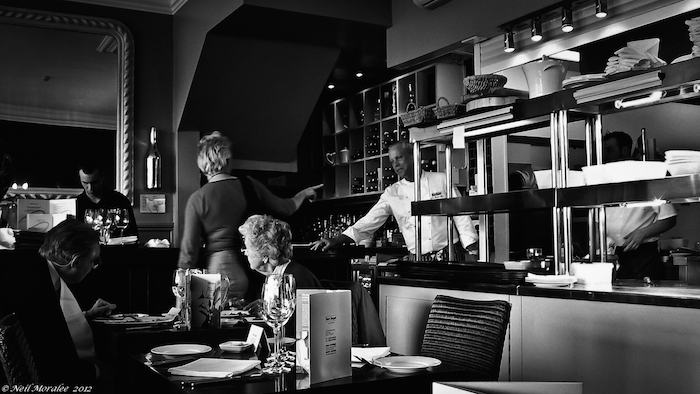 Do you make it hard for your customers to leave?

Your attitude matters ~ Treat leaving customers with the same respect and the same attention as usual.

Sometimes losing one client can be a great opportunity to earn a few more. As Bill Gates said “Your most unhappy customers are your greatest source of learning”. Don’t burn bridges. It’s not worth it.

Holiday Ecommerce Stats – by the numbers 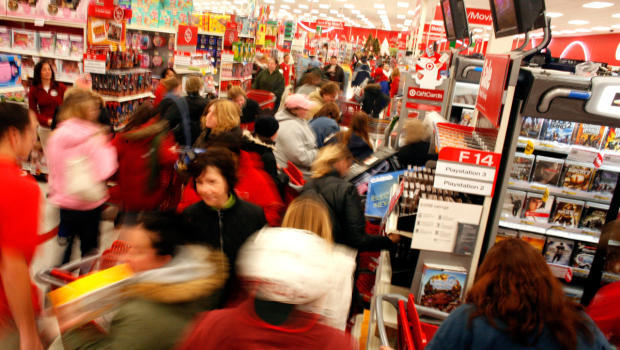 Consumers spend around $52 billion on holiday shopping, and 90 percent of people will complete at least some of their shopping online. Those are some huge numbers, potentially bringing holiday cheer for all eCommerce website owners and businesses that are preparing for that holiday rush. In short, the holidays are a good curse. But only if you (and your website) are prepared.

Is your website ready for the barrage that is the online holiday shopping season? We can help you navigate the challenges, plan ahead and be ready to do what you do best.

Get in touch with Ecoworks We Architecture today to learn how we can help you maximize your earning during the holiday season and year round.

The good folks at Woo-Commerce have put together a very good list that you should consider if you want to maximize your ecommerce success this holiday season:

What is Google Apps?

Google Apps is a cloud-based productivity suite that helps teams communicate, collaborate and get things done from anywhere and on any device. It’s simple to set up, use and manage, so your business can focus on what really matters.

Watch a video or find out more here.

Here are some highlights:

Business email for your domain

Looking professional matters, and that means communicating as you@yourcompany.com. Gmail’s simple, powerful features help you build your brand while getting more done.

Check email, share files, edit documents, hold video meetings and more whether you’re at work, at home or in transit. You can pick up where you left off from a computer, tablet or phone.

Robust admin settings give you total command over users, devices, security and more. Your data always belongs to you, and it goes with you if you switch solutions.

Who is Using Social Media and Why Your Business Should Be

While there is a lot of interesting information and statistics out there on about Social Media, the truth is they can be cumbersome to find, read and pretty much overwhelming to digest. While sifting through the PewResearch Centre Social Media Update for 2013, we were struck by a few really interesting things and thought that you might find them intriguing as well.

First of all, 73% of internet users are now using some kind of social media. Of these 73%, 42% of them are using multiple platforms. Facebook is still the number one used platform with a whopping 71% of users reporting they use it. Coming in second for usage is LinkedIn with 22% of the share and then Pinterest follows with 21%. Twitter trails in with 18% and Instagram with 17%.

Facebook is popular among a pretty diverse mix of demographic groups (men, women, white, black, hispanic, old and young, urban and suburban, rich and poor) and almost any kind of business can successfully launch a Facebook campaign and successfully garner attention with Facebook. When we look at a few other platforms it gets interesting. For instance, Pinterest is holding the attention of women four times as much as men, that is right – four times! If you have a product geared towards women, you should take note of this and be using Pinterest in your social marketing. Another useful morsel of information is that LinkedIn is especially popular among college graduates and internet users in higher income households. Instagram and Twitter are more appealing to younger adults, urban dwellers and non-whites.

People are doing it more than once a day 🙂 and in different places! Sexy, right?

People are now using these sites or platforms multiple times per day. As a business, you should find this particularly exciting. Imagine being able to engage with your clients or consumers each day, and some not just once, but at breakfast, lunch and dinner, and perhaps even as they put down their phones for the night! For instance, 63% of Facebook users report they use the site daily, while 40% of them state that they engage with it multiple times per day. Instagram users are also higher end users, with 57% of users stating they use the app on a daily basis and 35% doing so several times per day.

What is your Social Media Plan?

What will be your next steps with engaging your audience through social media? If you have an idea and want to talk about how to launch it into the social media sphere, we can help you.

While travelling to Lake Michigan this past week for a camping trip along the famous M22 Highway, I was struck by how proud the Michigan people are about their particular location on the Famous “Michigan Mitten“. This now has me thinking why we do not seem to have this same “flag/mitten” waving enthusiasm for our own particular terroir. I know we love it just the same – are we just more quiet and reserved about it then most? I am not sure.

While in Traverse City down by the water, I asked a waitress if I should explore the other “districts” of the city while I was there for only a brief time, she was unsure of the names of the different districts of her own city, she said she felt they were just a tourism ploy. I kept thinking about it and realized, even though I have grown up in London, I am myself not sure of our own neighbourhoods/districts. How about you? Would you have been able to answer that we have 42 districts in the City of London? Could you name them all? Not me! So I did a little research and thought you might like to see our “Subway stops”. Please note, there is much more to London than these 42 districts, within these you will find neighbourhood “pockets” (Wortley Village, Old North, Kipps Lane, Richmond Row and Woodfield to name only a few).

These signs will be for sale, they are 18 inches wide x 50 inches tall. Contact me if you are interested!

Our new business cards have arrived

Coincidentally, our new cards arrived on the day I launched our new site. Kismet! 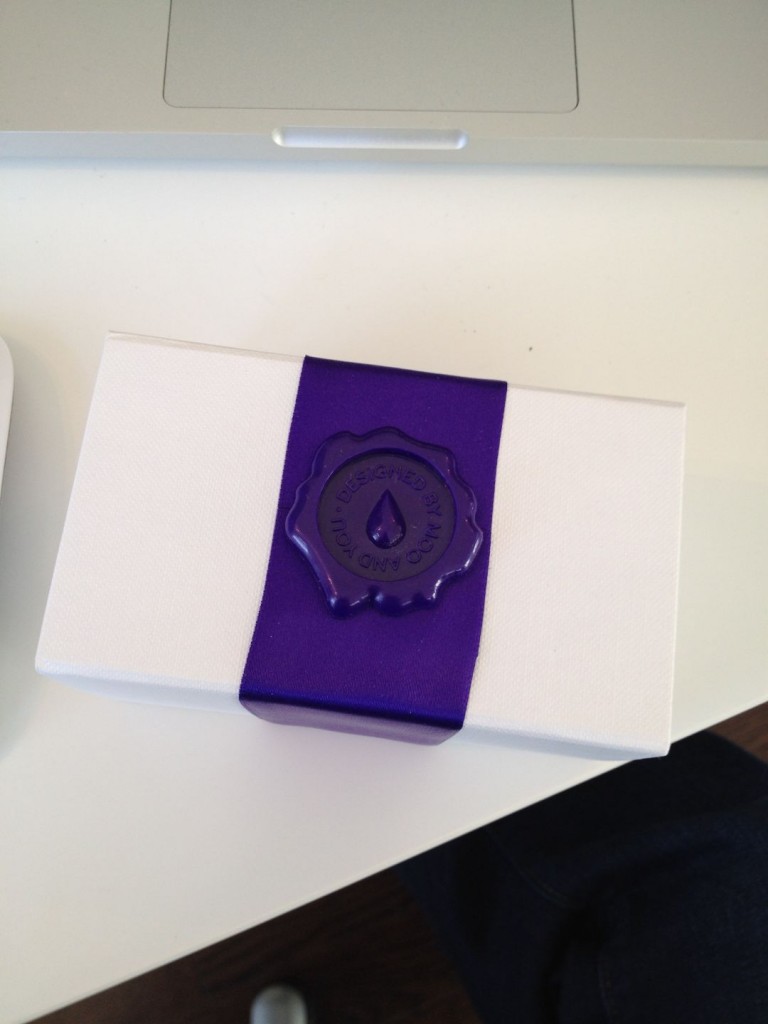 We decided to try MOO Luxe Cards, to reward ourselves with a little graphic treat for all the hard work we have been doing lately. We are very impressed with these cards, they are thick. They came in a gorgeous little linen box with a purple silk ribbon and a Moo Seal, such luxury – makes you feel like a King and or Queen. 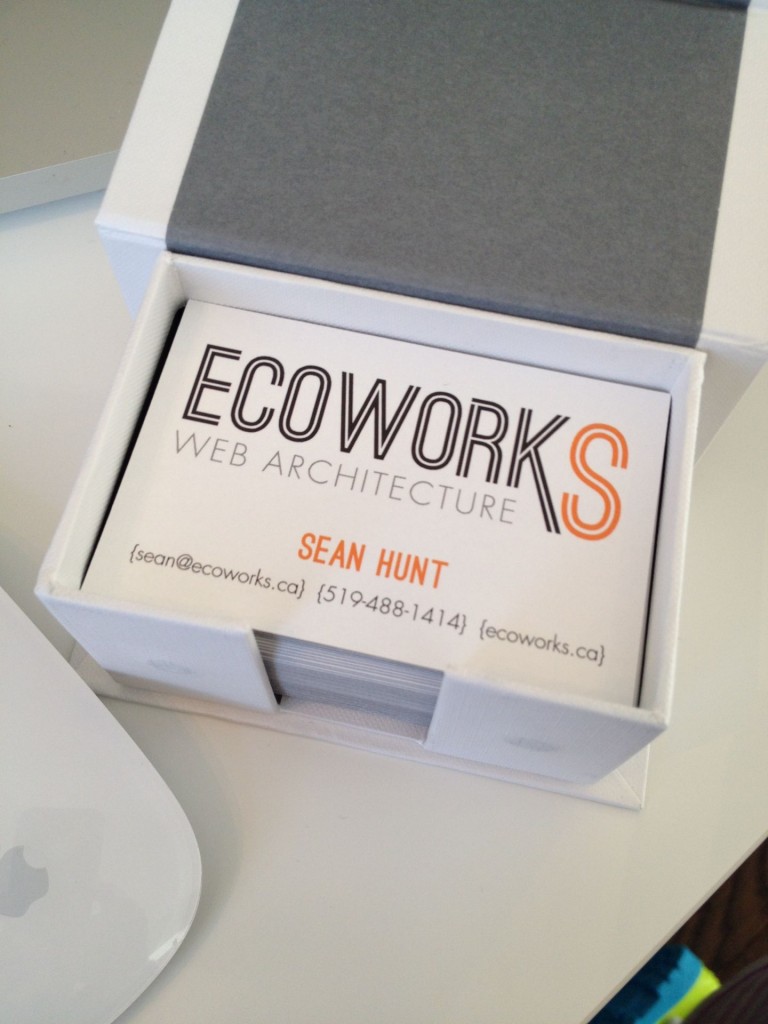 I designed them with our new logo, one side Sean’s info – other side my info. Lovely! 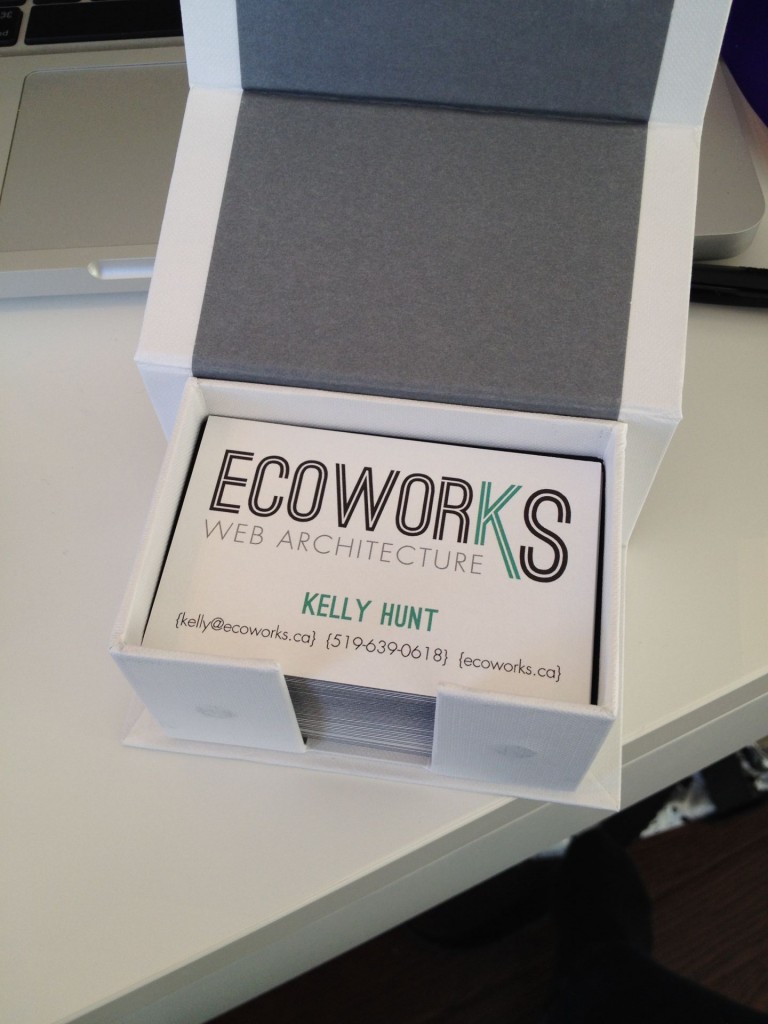 A little bit about these cards from the Moo site:

“We combined award winning, Mohawk Superfine paper with our own Quadplex technology to make the ultimate business card. At triple the thickness and weight of most ordinary cards, Luxe boasts a rich seam of color within the layers of paper, and a stunning, tactile quality that you won’t find anywhere else on the web. Affordable, tactile, and genuinely remarkable, we think Luxe is truly the last word in making a first impression.”

Yes, a little bit American Psycho. On that note, this is funny.

Seth Godin – How to Get Your Ideas to Spread